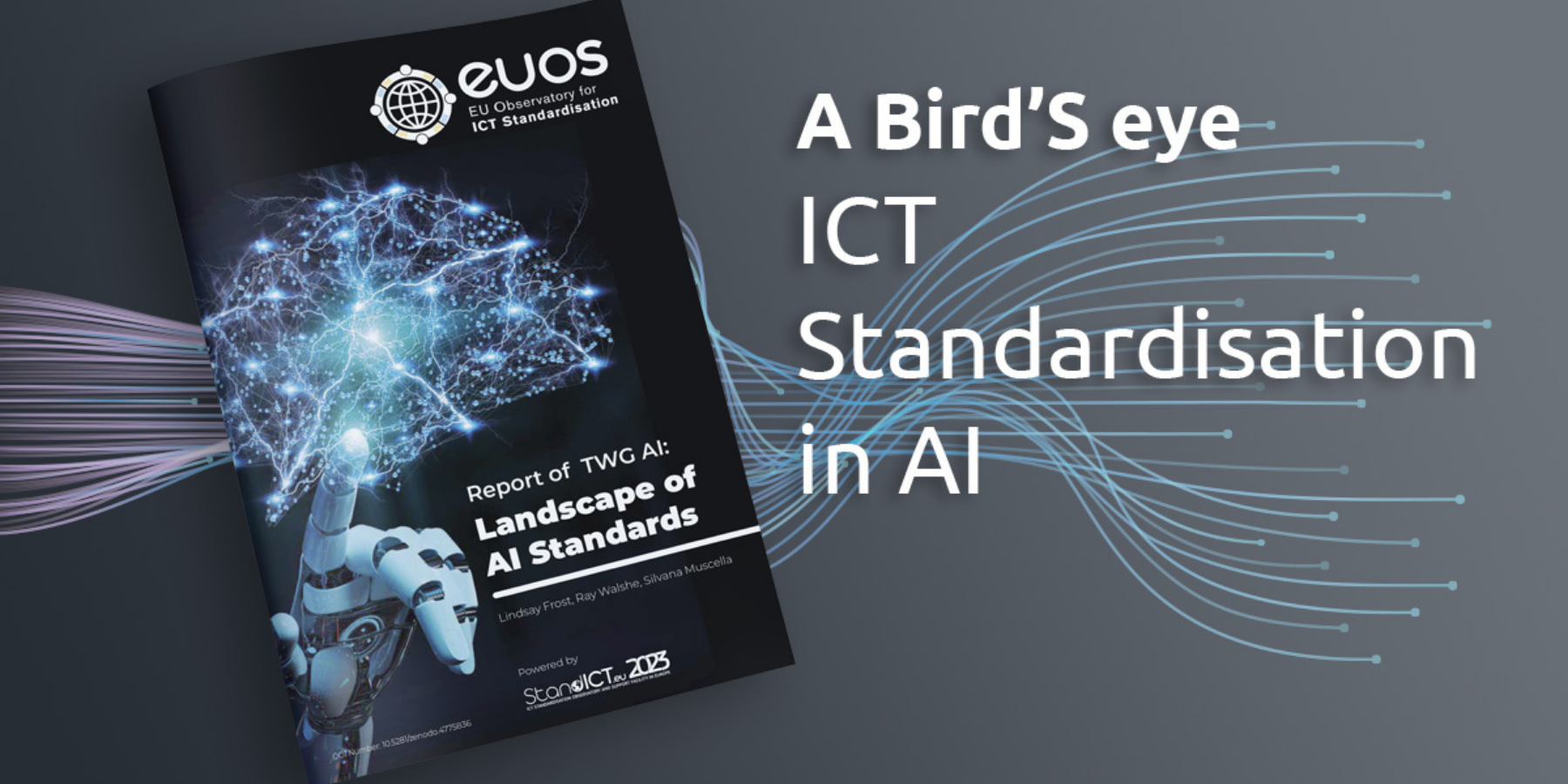 The Landscape Of AI Standards Report has been recently published by the EU-funded project, StandICT.eu. The document is a go-to reference, providing an overview of the diverse array of global standardisation work underway in Artificial Intelligence and the various organisations behind it. This information will be continuously updated and evolve via the “EUOS – Observatory For ICT Standardisation” a database powered by StandICT.eu 2023 to cover the wide-range of topics identified in the Rolling Plan For ICT Standardisation, and will ultimately result in the release of a dedicated Gaps Analysis Report for each theme.

Landscape of Artificial Intelligence Standards is the fruit of the dedicated Technical Working Group (TWG AI) set-up to harness expert advice and stimulate discussion among SDOs, public bodies, academic institutions and acclaimed specialists to provide an expert overview of documents and activities relevant to standardisation in this field. Ultimately, the TWG AI will pinpoint gaps where additional activity and investment can strengthen Europe’s position and also help create “a structured dialogue between the EC, Member States and standardisation organisations to stay at the forefront of artificial intelligence through the twin objectives of Europe in adopting a European approach to excellence in AI and a European approach to trust in AI”, as Kilian Gross, the EC’s Head of Unit in Artificial Intelligence at DG Connect, states in his foreword of the Report.

The Report provides an encompassing compilation of standardisation efforts underway in the framework of European SDOs, such as CEN and ETSI, Government, Public Bodies and Agencies, such as the European Commission, the European Data Portal, European Parliament and the HLEG-AI and JRC, Global SDOs and initiatives, such as IEC, IEEE, ISO/IEC, ITU-T, WEF, W3C, as well as non-EU, country-specific contributions including China, Germany, Japan, UK and USA and relevant contributions from other organisations (BDVA, G20, Khronos, OECD, SAE International).